My research operates on the premise that better trafficking laws will lead to less trafficking around the world. Through my research I have had the opportunity to speak with many organizations and universities around the world about human trafficking and sex tourism including but not limited to the Council of Europe, Alfred Nobel University (Ukraine), University of Wisconsin, London School of Economics (United Kingdom), University of Illinois, Indiana State University, University of Tennessee Chattanooga, Latvian Academy of Culture (Latvia), Vilnius University (Lithuania), University of Ottawa (Canada), and Idaho State University.
In 2018 I was appointed by the U.S. States Attorney’s Office at the Department of Justice to the Central Illinois Human Trafficking Task Force in Springfield Illinois. On this task force I am working on different research evaluation strategies to ensure effective implementation of educational trainings on human trafficking in Central Illinois.

One of my undergraduate research assistants read the Human Trafficking Awareness Month Declaration at the Decatur City Council meeting to raise awareness to human trafficking in our community in January 2022.
In 2015, I was appointed to sit on the Governor’s Office for Children and Families’ Commercial Sexual Exploitation of Children Task Force in Georgia. In the summer of 2015, as a member of working group six Examining Labor, International, and Adult Sex Trafficking, I conducted a survey of all victims' service providers in the state of Georgia. The results demonstrate the services available in Georgia, types of victims, and trafficking trends in Georgia. 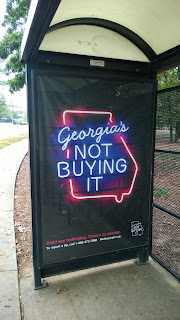 At the University of Kansas, I worked as a human trafficking research assistant at the Institute for Policy and Social Research (IPSR). I also served as the Graduate Student Representative on the Emily Taylor Center for Women and Gender Equity Advisory Board and in this capacity invited Kansas Governor Sam Brownback to speak at KU as part of Human Trafficking Awareness Month in January 2012. As a result of this talk, IPSR worked together with the Chancellor’s office and the Governor’s office to host a conference on human trafficking at KU in 2013.

Popular posts from this blog 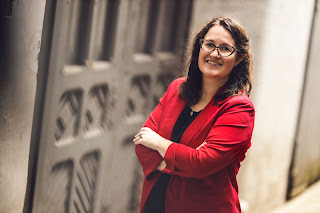